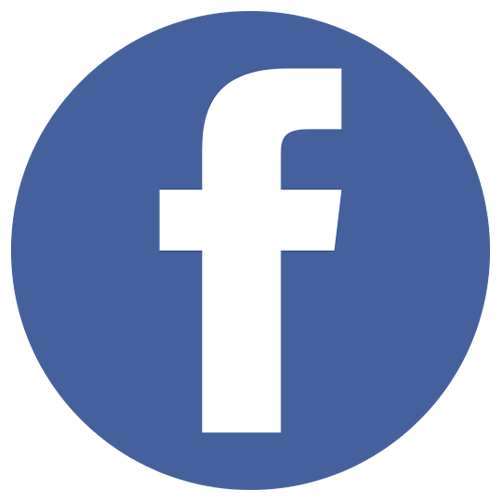 Choose the right stone for your home

The countertop makes the kitchen. It's the work surface where you prepare food, eat casual family meals, perhaps even pay bills and help Junior with his homework. And of all the countertop materials you can buy, stone is the gold standard for both durability and character.

Every rock pulled from the earth has its own mineral color, veining, and speckles, brought vividly to life by stoneworkers' saws and polishing wheels. So whether you select a solid burgundy quartzite, a sky-blue granite, or a beige travertine-embedded with fossilized seashells, it will be as distinctive as an original work of art. 
The kitchen counter is a key element in any kitchen. It is mainly made of high quality marble and granite natural stone. Granite is perfect as kitchen counter rustic furnishings and modern design of simple cooking. Worktops marble kitchen of the highest quality can be integrated into any kitchen.
Other than that, marble top with marble backsplashes have become the pinnacle of high-end luxury, and for good reason. This sumptuous stone is not only beautiful in design, but also incredibly hardwearing – making it a worthwhile investment.
Type of Stone Granite is everywhere. You’ve seen it carved into beautiful sculptures in museums. You’ve seen it in impressive columns, magnificent arches, and thick, solid blocks. Granite is an igneous rock, which means that it was formed from molten lava deep within the earth’s crust. As the lava cools, it crystallizes under enormous pressure. It’s this crystallization that forms granite’s signature speckles of color — the longer the molten rock has to cool, the bigger the speckles, or grains, of color. In fact, that’s where granite gets its name: from the latin word “granum”, or grain. Artificial Quartz countertops are man-made and consist of quartz chips or quartz dust bound together with resin. Usually, the composition is about 90-95% quartz to 5-10% resin. Quartz countertops made with chips have a mottled, speckled appearance since you can see the individual stones suspended in the resin. Color options here are pretty limitless, as resins can be tinted to any hue and the quartz chips can be as uniform or diverse in color as you’d like. Quartzite countertops are an actual slab of natural quartzite stone. Quartzite is a metamorphic rock that starts out life as a quartz-rich sandstone that transforms under intense heat, pressure, and metamorphic activity. Over time, these factors cause the materials to recrystallize and reconfigure the quartz grains into an incredibly strong, interlocking structure. As a natural material, quartzite countertops come in a more limited color palate than quartz, though they are often multi-hued and can have dramatic marble-like veins. Limestone is a sedimentary rock composed primarily of calcite, a calcium carbonate mineral with a chemical composition of CaCO3. It usually forms in clear, calm, warm, shallow marine waters.

Limestone is usually a biological sedimentary rock, forming from the accumulation of shell, coral, algal, fecal, and other organic debris. It can also form by chemical sedimentary processes, such as the precipitation of calcium carbonate from lake or ocean water. Beloved by emperors and artisans alike, marble has been one of the most beautiful and sought-after stones for centuries. Marble is a metamorphic rock, which is a rock that has been physically and chemically transformed over time due to intense heat and pressure. Marble begins life as limestone, which is a soft stone made primarily of calcite. Under heat and pressure caused by magma or the tectonic plates, this limestone begins to recrystallize, changing the texture of the rock and causing the calcite crystals to grow and interlock. Marble can be found in many areas around the world, from Macedonia to Vermont, but the most famous varieties come from Italy and Greece, where it is often purest in color. Onyx is a showstopper of a stone. Used for centuries in jewelry, carvings, and for architectural accents, the stone’s stunning swirls and speckles of rich, vibrant color and unusual translucency make it an extremely sought-after material. Onyx is mostly made of calcite and is formed in caves in several areas around the world, mostly in the Middle East, North Africa, and South America. When water drips from stalactites and stalagmites and then evaporates, it leaves behind deposits of calcium carbonate and other minerals, causing the stone’s colorful bands, swirls, and spots Travertine is a banded, more compact form of Limestone, characterised by the many holes and chambers through the stone. Travertine tends to come in brownish-red hues, from light tans and yellows to deeper oranges and reds. This is largely due to the iron deposits in the stone. however, it can also come in shades of gray and white, which can often resemble marble. Travertine also looks great with a high polish but is often seen with a matte finish. The latter gives it a unique softness and warmth that many other stones don’t have. This makes it a particularly nice option for a sitting room, as it can make the space feel more inviting and lived-in.

Silestone® is the most cutting-edge hybrid surface of minerals and recycled materials on the market, manufactured with the exclusive and innovative HybriQ® technology. Silestone is a surface material with outstanding properties created for kitchen and bath design applications. It offers beauty similar to natural stone in a wide range of colors and extraordinary textures. Silestone is a non-porous surface and highly resistant to staining caused by coffee, wine, lemon juice, olive oil, vinegar, makeup and many other everyday products. Dekton is known as an “ultra-compact surface” in the world of countertop materials. Dekton is made from a combo of the same raw materials used to make quartz, glass, and porcelain countertops. But it's different from all three. It’s a brand new type of countertop surface that is created with a unique fabrication process called Sinterized Particle Technology. The process involves mixing the raw materials under extreme pressure and heat. We’re talking compressors that squash at 5900 psi (pounds per square inch) and ovens that reach 2191ºF (1200ºC).